A downloadable game for Windows and Linux

Earlier this month your Grandfather Passed. He left you with everything he owned. you go through his stuff to learn more about his past, he was a quiet man you know.

You find that he keeps having nightmares from his childhood friends home. A bonechilling story, but it all ends abruptly when the next few pages are torn out..

Now its up to you to find out what happened to Grandpa.

///DEMO\\\  - I will be working on this for the next couple months, expect lots of changes and a full game coming your way by august! Enjoy!

It's definitely interesting! The ball dropping got me really good!! Wasn't too many bugs save for a few weird edges that I got caught on? Anyway, I enjoyed it a lot and look forward to more

Hey played your game, I think you've got a good idea and it's not half badly done ether. I'd love to see the full game if it ever comes out. Game is at 14:35.

exe and linux? how does that work?

Didn’t catch the Linux, I’ll fix it,  and thanks for bringing that up..

Also, the .exe is just a compression so if you can extract it, it should run. Sorry about that, and thank you for downloading!

Fun little demo and cant wait to see the full thing! I addresssed some things in the video and there are some other parts to look into as well!

I appreciate the feedback and love the video! And there are some bugs that I thought I fixed, such as the invisible walls outside of the carnival, I assume it didn’t save through.

Also, there are tons of things coming next such as voice acting and what not, only issue is I don’t really have the means yet. Thank you for downloading!

The demo wasn't bad. Granted it's still needing polishing. Controls were decent. Glad to see that a gun will eventually be used in the full version after I checked what the inventory could hold. I found a particular bug. When I found the dead worker in the trailer and the killer clown was chasing me, I was able to hop out of the circus area (even though every exit was blocked) and have the killer clown follow me outside. This allowed me to enter back in through the other side of the circus place. The clown couldn't follow me back inside because he was trapped in a couple small hills by the house. I exploited that on reentry and finished the demo. The title screen was pretty good for a demo version. Going back to the killer clown. He could a a more scarier approach once the dead body was discovered (lights flickering, an echoing evil laugh, or scary circus music begin to play). Just some ideas.

I did have trouble getting the game to start. It just kept trying to have me extract the data after I did that already (unless that's the itch app) so I had to find the file and open as administrator on my pc. Lastly, it might be a better idea to try to delve into the backstory of the grandather's life by playing the scenes from his diary leading up to empty house.

Overall, it's off to a nice start. Can't wait to see how it all turns out when it's done!

Hey man, I really appreciate the input, there is a lot more to the story but I cut the demo just a tad short due to some setbacks. I’m really just learning from scratch because I have a ton of free time, so, I’m always looking for feedback, I appreciate you! Thank you for downloading! 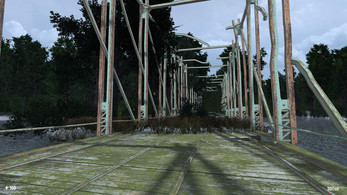 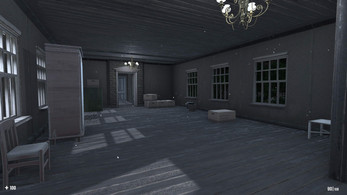 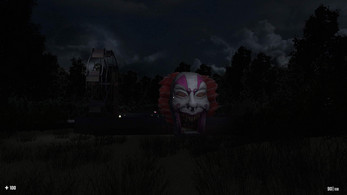 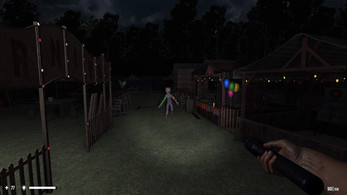